Good news for the Solana crypto 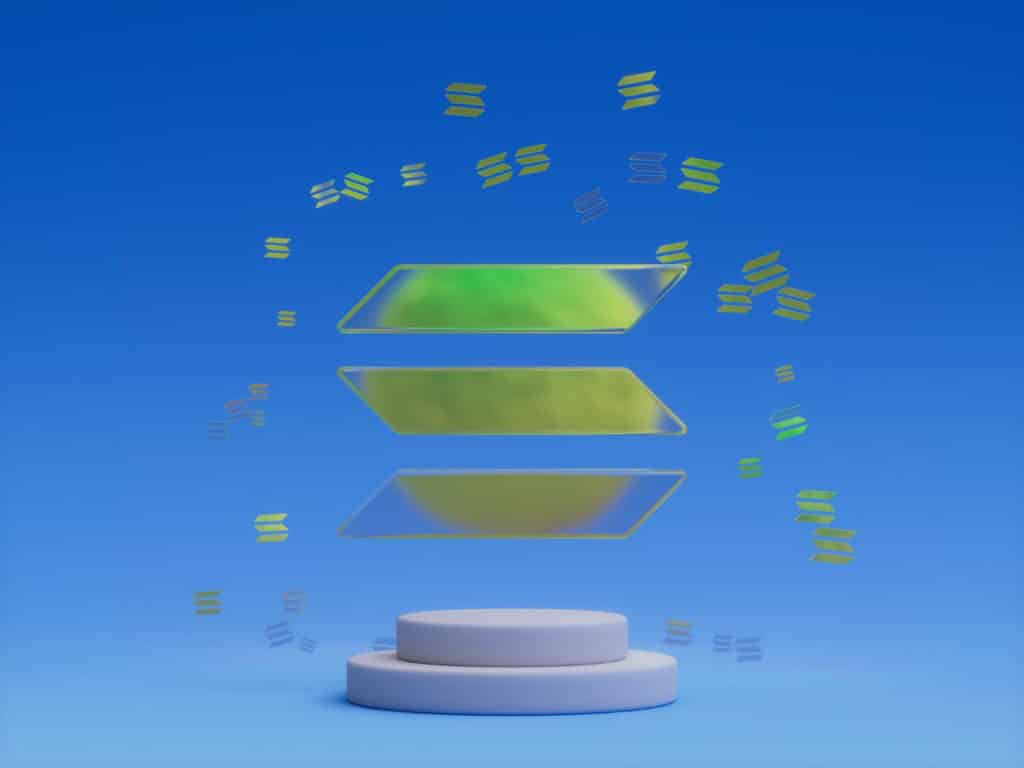 Development activity on the Solana crypto has increased, which implies good news for the network because it means developers are working to improve the blockchain. Indeed, the social volume of the Ethereum killer token in its rise has reflected a spike in popularity in the crypto community.

Therefore, daily active wallets are now three times higher than pre-FTX collapse levels, fueling a bullish outlook among SOL holders. Solana, the Ethereum killer altcoin, was recovering from the decline in network activity and price after the FTX exchange collapse in November 2022. The altcoin network witnessed an upswing in its network activity, increasing it to three times that of the pre-FTX collapse.

In addition to that, Solana’s funding rate on Binance has apparently also seen an increase. The cryptocurrency funding rate is a small percentage of the value of a position that traders pay to their counterparty at regular intervals. This is positive if the price of the perpetual contract is higher than the price of the exchange.

In addition, it is interesting to note that the asset’s popularity was established with the increase in social mentions in the first week of January 2023, based on data from crypto aggregator Lunar Crush.

Tom Dunleavy, a senior research analyst at Messari, the cryptocurrency-focused market intelligence provider, highlighted the statistic in a recent tweet. In addition, Dunleavy shared a chart to confirm his bullish view of Solana, writing:

Moreover, in another even more recent tweet, the analyst pointed out an additional aspect of Solana crypto’s business, namely:

The price outlook for the Solana crypto: bullish breakout expected

Apparently, Solana’s price outlook is bullish among traders. In fact, experts believe that Solana is on track for a bullish breakout. In particular, CryptoFaibik, an analyst and technical expert, believes SOL is poised for a 14.62% rally.

Solana’s bulls are targeting the $15.20 level, and the smart contract platform token is on track to break through the descending boundary on its chart. However, Solana is currently in a downtrend as the asset is trading between two converging trendlines. In addition, the descending wedge indicates a bullish breakout in SOL and CryptoFaibik predicts a run-up in Solana’s price.

More news for the Solana crypto: according to an announcement on 6 January, the team behind the NFT projects y00ts and DeGods has been given $3 million in funding to migrate collections from Solana to Polygon. The statement was shared on Discord and reported on Twitter by Frank III, founder of the two projects.

The developers had previously announced on 27 December that the projects would migrate to Polygon. This decision was seen as a possible blow against the Solana network, which was already under pressure due to the aftermath of the FTX exchange failure.

However, at the time there was no evidence of remuneration for the y00ts team in return for the migration. Ben Armstrong, aka BitBoy Crypto, wrote on his Twitter account:

This question from Armstrong included a poll to which, at present, nearly 70% of users answered that yes, in their opinion, the Solana crypto is dead. Later, Vitalik Buterin argued that the claims about Solana’s death may be exaggerated.

In this new statement by Frank III, the founder of y00ts and DeGods said that the team was offered even larger sums of money than those obtained in the deal with Polygon, but decided to work with the latter anyway as it was considered more appropriate for the projects.

Frank also attempted to respond preemptively to criticism that would arise from the revelation of the fees received, stating:

“We didn’t accept for money. It’s just a nice bonus and we will use it effectively. We did this because it’s the most appropriate direction for y00ts as a project. Also, if you are truly angry, I only ask that you channel this energy into genuine questions before automatically assuming the worst.”

Frank III finally stated that the team will not use the money for its own consumption. Instead, the funds will be used to hire new employees for business development, graphic design, content creation, and event coordination, which will enable the projects to gain greater adoption.

In the meantime, it appears that Solana has recovered from the exodus of y00t and DeGod, considering that meme coins such as Bonk are again attracting trading activity on the network.

The year of The Altcoin: Solana and Avalanche surge while Big Eyes Coin proves to be one of the largest Crypto Presales in recent years – Euro Weekly News