Will Binance class action over Terra collapse be forced into arbitration? 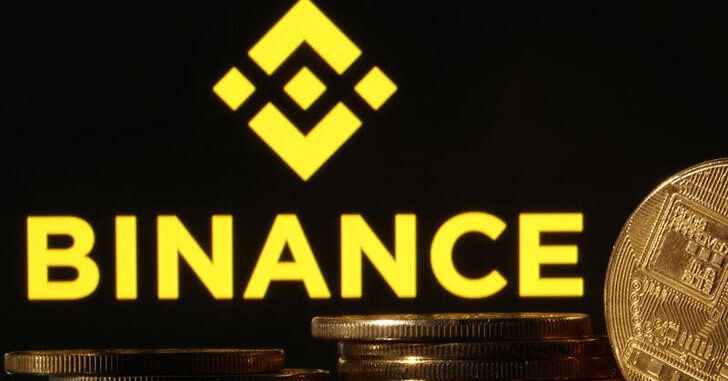 When the Binance U.S. class action was filed last June, I told you about its shrewd framing, which was designed to avoid jurisdictional problems that had doomed a previous class action against Binance’s Malta-headquartered parent company. By asserting that Binance U.S. was illegally operating as an unregistered U.S. exchange, plaintiffs’ lawyers from the firm then known as Roche Freedman hoped to shut down defense arguments that U.S. securities laws do not apply to trades on the platform. (The firm is now known as Freedman Normand Friedland after the departure of a name partner whose boasts about filing investor class actions to harm competitors of a crypto company in which he held a financial stake were secretly tape recorded.)

But before Freedman Norman can test its theory that Binance U.S. is an unregistered securities exchange, the firm has to convince U.S. District Judge Jacqueline Scott Corley of San Francisco that the Binance class action even belongs in court — and not in an arbitration proceeding at the American Arbitration Association.

In November, Binance defense counsel from Hahn Loeser & Parks moved to compel arbitration of claims by the court-appointed lead plaintiff, North Dakota orthodontist and crypto investor Michiel Nuveen. Hahn Loeser asserted arguments that will be familiar to class action lawyers on both sides of the bar. In order to use the Binance U.S. platform, Binance argued, Nuveen agreed to terms of service that included a mandatory arbitration clause. That clause, in turn, incorporated AAA rules that delegate threshold disputes about arbitrability to the arbitrator. At the very least, according to Binance, Nuveen’s case must be dismissed so an arbitrator can determine whether his claims belong at the AAA or can be litigated in court.

Binance told Corley that Nuveen willingly acceded to those terms so the agreement cannot be considered procedurally unconscionable. Even if the arbitration agreement were so substantively unfair that it cannot be enforced – a scenario Binance vehemently denied – only an arbitrator can make that determination, Binance said. (Binance’s arguments are considerably more nuanced, in their discussion of the procedural and substantive fairness of both the delegation clause and the agreement itself, but I’ve given you the gist.)

Freedman Norman filed its brief opposing Binance’s motion to compel arbitration on Wednesday. The brief argued primarily that Binance has not provided any proof that Nuveen actually saw or accepted the arbitration clause – and that merely including a citation to AAA’s complex rules for delegating threshold questions to arbitration is not fair play in the context of a unilaterally imposed contract with an unsophisticated consumer.

“If a customer, after combing through the various versions of the AAA rules, is able to determine which version applies and whether it contains a delegation provision, his or her only option is to accept delegation or refuse to deal with Binance U.S.,” the Freedman Norman filing argued. “Agreements with Binance U.S. are classic contracts of adhesion presented to customers (including plaintiff) on a take-it-or-leave it basis.”

The 9th U.S. Circuit Court of Appeals held in 2015’s Brennan v. Opus Bank that the incorporation of AAA rules in an arbitration agreement constitutes “clear and unmistakable intent” to delegate threshold arbitrability disputes to the arbitrator. But Freedman Norman argued in Wednesday’s brief that the Opus Bank decision specifically carved out arbitration clauses in consumer contracts. And since the decision, the firm argued, trial courts in the 9th Circuit have continued to find that the incorporation of AAA rules in consumer contracts does not definitely settle the delegation question. (As I’ve told you, the U.S. Supreme Court has not yet ruled on this issue at all.)

Beyond the procedural arguments, Freedman Norman contends that the arbitration agreement is fundamentally unfair to consumers because, among other things, it established a cumbersome complaint, notice and arbitration process for consumers while allowing Binance to retain the option of litigating in court. Last year, the brief noted, U.S. District Judge William Alsup of San Francisco refused to compel arbitration in a consumer class action against Coinbase Inc, holding that the agreement was unconscionable because it imposed unilateral conditions on Coinbase users.

Coinbase has since persuaded the Supreme Court to decide whether the underlying class action must be stayed while the company appeals Alsup’s decision on arbitrability. But Freedman Norman said Alsup’s conclusions about arbitrability should nevertheless apply to Binance’s provision.

Binance counsel from Hahn Loeser did not respond to my query on the new brief. Freedman Norman’s Alex Potter said in an email statement that the Binance case “involves a clear example of the type of arbitration provision that, for many reasons, the federal courts sensibly decline to enforce.”

When I first reported on the Binance class action, I mentioned that the crypto platform would probably seek to compel arbitration, given that the plaintiff’s initial complaint included allegations that the arbitration agreement was unenforceable. The amended complaint, filed in October, beefed up those arguments.

Obviously, Binance wasn’t scared away by the pre-emptive attack on its arbitration agreement. So now we’ll see if its old-school defense holds up.

Opinions expressed are those of the author. They do not reflect the views of Reuters News, which, under the Trust Principles, is committed to integrity, independence, and freedom from bias.