Why Macro Forces Will Drive Price Action More Than Upgrade 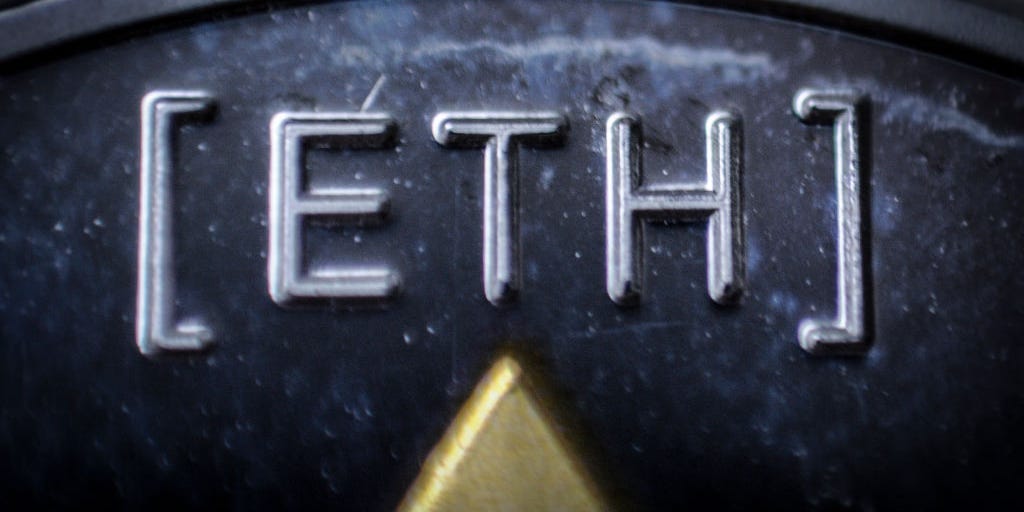 Travis Kling — a hedge fund veteran who has helped manage portfolios for investors like Steve Cohen — is very optimistic about the Merge, which many crypto pundits see as a positive catalyst for ether. But in a recent appearance on the Unchained podcast with Laura Shin, he explained why he sees macroeconomic factors doing more to dictate the price of ether than the upcoming Merge.

How the Merge impacts the Ethereum network

The Merge will take ethereum off of the proof-of-work verification mechanism and move it to a proof-of-stake system. Proof-of-stake will drastically reduce the environmental costs of the ethereum network — reportedly by 99% — which will only enhance the cryptocurrency’s appeal to investors.

“I consider this the most significant catalyst in crypto history in terms of its magnitude and the fact that ETH is the second largest crypto,” Kling said to host Laura Shin. “I think of it as being even larger than bitcoin halvings. The bullish scenario around this, I think, is relatively straightforward. ETH is going deflationary, ETH is going to become yield generating, and ETH is going ESG friendly, and the world cares a lot about ESG at the moment.”

He’s referring to the fact that many institutional investors have started incorporating ESG standards into their decisions — a distinction that’s previously excluded crypto given the environmental cost of the proof-of-work model.

Brian Mosoff, the founder of Ethereum Capital, told Insider that many investment managers have been waiting for the Merge to finalize in order to check their ESG box before they can begin investing in ethereum.

How the Merge impacts ethereum’s price

Many ETH holders are optimistic about the Merge’s impact on ETH’s price. Bulls argue that the Merge will lead more investors to stake their ETH — thus taking it out of the circulating trading supply — and more institutional capital will increase ETH’s price.

Kling is optimistic on the Merge’s impact on ethereum, but he warns against using it as a bullish thesis for investing in the digital asset. This is due to larger macroeconomic factors that Kling believes trumps the effect that the network’s development has on ETH’s price.

Under the scenario that fresh outside capital enters the Ethereum ecosystem after Merge, Kling is wary that those investors will be more beholden to macroeconomic factors.

“We’re still in this kind of macro-driven bear market, and we’re still dealing with the kind of fallout of everything that this ecosystem has had to happen to it over the last couple months,” Kling told Shin.

He continued: “You can pretend like you’re trading the Merge, but you’re trading the NASDAQ, and the NASDAQ is completely tied to monetary policy from central banks and some other things. That’s really the overarching thing: there’s still a ton of uncertainty in macro land right now, and I think that is probably not the backdrop that most pools of traditional capital want to see to be firing into Eth.

Some potential macroeconomic uncertainties Kling mentioned include: the Federal Reserve’s continued tight monetary policy and the pace of future rate hikes, a volatile outlook for global markets, and socioeconomic threats in Europe and Asia.

Kling ended by saying that ether isn’t the only crypto that has been tied to macroeconomic factors. He points out that bitcoin — which many investors claimed would be an inflation hedge — has fallen prey to the bear market even as consumer-price increases have hit a 40-year high.

Moreover, Kling added that even classic 60:40 investment portfolios — which as Vanguard explains is a “traditional portfolio allocation done to achieve annualized 7% returns” — have failed to outperform the market.

“I think that really just speaks to this adage: Don’t fight the Fed and it’s all one trade, and those two things have just never been more in place than they are right now. This is Jay Powell’s world, and every asset price on planet earth is living in it,” Kling said.

A Greenwich High senior wants to use cryptocurrency to crowdfund philanthropy