Why is it harder to arrest Terra-Luna founder Do Kwon than FTX’s Sam Bankman-Fried? 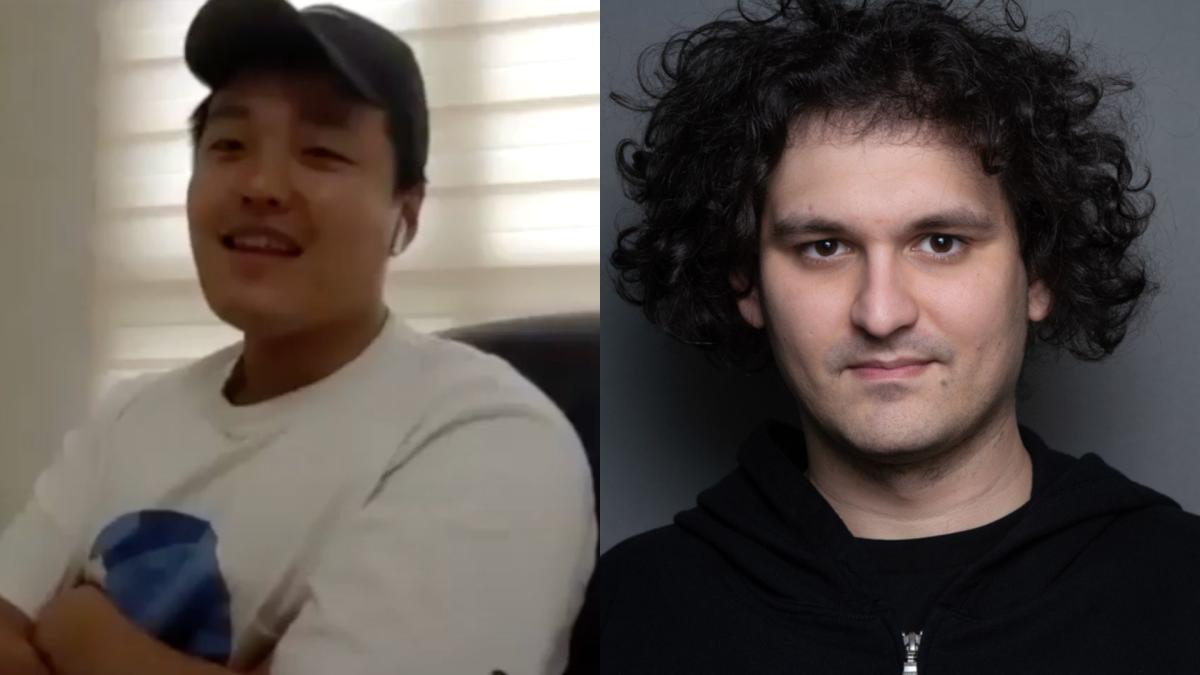 Some analysts say the multiple cryptocurrency bankruptcies in 2022, including the FTX exchange in November, are linked to the US$40 billion implosion of the Terra stablecoin and Luna cryptocurrency in May last year, arguing that collapse set off a domino chain of failures across the industry.

But while FTX founder Sam Bankman-Fried was arrested on multiple charges of fraud, the founder of Terra-Luna, South Korea’s Kwon Do-hyung, is reportedly living in Serbia. That’s despite an Interpol “Red Notice” for his arrest and prosecutors in Seoul charging him with fraud.

What’s more, when the Red Notice was in force – which requests law enforcement in the 195 countries that are members of Interpol to arrest the named individual – the Terra-Luna chief, typically known as Do Kwon, walked out of his home in Singapore, caught a flight to Dubai and then took a connection to Serbia where he registered his address with local authorities.

Do Kwon on Twitter and elsewhere has said the Terra-Luna stablecoin, which he called his life’s work, may have failed and that was his responsibility, but it was not as a result of fraud.

According to Koo Tae-on, a lawyer at South Korean law firm Lin who specializes in blockchain and crypto cases, attempts to extradite Do Kwon from Serbia have failed because prosecutors have so far been unable to convince a court in Seoul that the charges against him can stand. An additional complication is South Korea and Serbia do not have an extradition agreement.

“The prosecutors have failed to establish the fraud charges as their arrest warrants for other Terra-Luna employees were rejected by the court along with their characterization of Luna as an investment security,” Koo said in an interview with Forkast. “That is interfering with Kwon’s extradition.”

Do Kwon has been accused of violating South Korea’s Capital Markets Law, but proving this is a “long shot,” Koo said in a written response to questions.

“Financial regulators introduced investment contract securities to the Capital Markets Act in 2006 — crypto tokens were non-existent then, and obviously were not included in the regulation,” Koo said.

The law will likely need to be amended before the local court accepts the Luna token as a security, he added.

In another twist in the tale, if a South Korean court acknowledges the Luna token as a security it may then hold that financial regulators were negligent and have a responsibility in the collapse, Koo said.

“Terra and Luna were listed on exchanges operated under the Financial Intelligence Unit’s supervision, which could mean that the regulators will be held liable for the illegal securities transactions.”

Before the Terra-Luna failure, the USD-pegged Terra was the third largest stablecoin in the market, and its sister Luna was the seventh largest cryptocurrency by market value.

As Kwon’s project grew, the 31-year-old who studied computer science at Stanford University, gained a mass following and was seen as a next-generation leader for the crypto industry, along with FTX founder Sam Bankman-Fried, a physics graduate from the Massachusetts Institute of Technology.

The collapse of Terra-Luna, which happened in a matter of days from May 7, 2022, saw the value of the Luna token plunge from around $120 to zero, causing losses to more than a quarter of a million investors in South Korea alone. Many claimed their life savings evaporated in the crash. Thousands of more people around the world were also invested in the project.

South Korean prosecutors launched their investigation of Terraform Labs, which ran the stablecoin platform, in May after investors filed a fraud complaint against Kwon and Terraform Labs co-founder Shin Hyun-seung.

“Hence the prosecutors will need to establish the right and wrong in each one of Terra’s crypto and decentralized finance products,” Hwang said. This will involve a long process of legal dispute between Terraform Labs and the prosecutors.

Kwon, who is known for his commentary on Twitter, has not shown any activity on the social media platform since Dec. 11. He didn’t respond to Forkast requests for comment in this story.

The public spotlight on Kwon has dimmed in the glare of Sam Bankman-Fried’s arrest and because of the lack of developments in the case.

South Korean authorities last reported on the investigation on Dec. 14 last year to say Kwon had registered his address in Serbia. Local media reports stated that prosecutors and the Ministry of Justice have asked Serbian authorities to help extradite Kwon.

Interpol said in an email response it does not comment on specific cases and individuals, adding that the majority of Red Notices are not made public and are restricted to law enforcement use only.

Interpol issued the Red Notice on Kwon in September at the request of South Korean prosecutors, but the power of the notice depends on the willingness of member countries to cooperate, Arantxa Geijo Jiménez, an attorney in international criminal law at Spain-based law firm Geijo & Associates, told Forkast in a written interview.

“Countries have an interest in arresting suspects wanted by other countries if they expect or desire reciprocal support,” said Jiménez.

South Korean attorney Koo said the European Council Convention is effective in extradition cases, but repeated that such international cooperation is hindered by doubts over the charges against Kwon in South Korea. Jiménez also weighed in on that issue.

“Dual criminality is a general principle of extradition,” said Jiménez. “Basically, it allows for extradition when an act is considered a crime in both the jurisdiction of the requesting state as well as the sending state.”

The legal categorization of cryptocurrencies remains unclear in other jurisdictions.

The U.S. Securities and Exchange Commission charged that U.S.-based Ripple Labs raised US$1.3 billion through sales of an unregistered security, the XRP cryptocurrency, and the case has been in the courts for two years.

Dongguk University’s Hwang says it is possible that Kwon could file a legal complaint against Serbian law enforcement if they try to extradite him, using the lack of clarity of the charges against him and the rulings of courts in Seoul to his advantage.

“Such litigation may drag over three, four years before Kwon is actually brought back to Korea,” Hwang said.

In multiple interviews, Kwon has stated that South Korea’s charges against him were “baseless” and “highly political” in nature, saying he is open to cooperating with any authorities to prove the charges wrong.

If Kwon is confident that he is innocent, perhaps the best place to argue that is South Korea, Hwang said. That’s the place “to establish the right and wrong of the charges.”

In a recent development, Virginia-based private investment company Albright Capital dropped its lawsuit against Terraform Labs and Do Kwon, according to a Notice of Voluntary Dismissal filed in the U.S. District Court on January 9.

The lawsuit had alleged that Terraform Labs had violated the Racketeer Influenced and Corrupt Organizations Act (“RICO”) by operating its stablecoin as a “Ponzi scheme.”

Terraform Labs said in an email this development comes on top of the fact South Korean prosecutors have had nine of their nine detention warrants for former and current Terraform staff rejected by the courts.

Terraform added in a Twitter thread that the voluntary dismissal of the Albright case has “confirmed that the facts are on our side, and more are and will continue to come to light.”