Vitalik Buterin’s comments after Terra (Luna) imploded may have led to the first crash-proof cryptocurrency, My Freedom Coin (MFC) 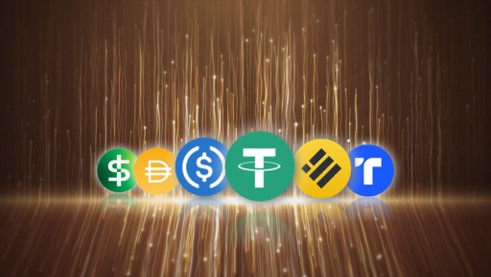 In a blog post published last May, Vitalik Buterin discussed the current state of algostablecoins and some of the weaknesses of current projects.

The Ethereum co-founder emphasized that principle-based thinking should be prioritized over stablecoin boosters and ‘doomerism’.

Buterin’s remarks were prompted by the multibillion-dollar losses incurred as a result of the demise of the Terra (LUNA) ecosystem and its TerraUSD (UST) algorithmic stablecoin.

What’s the deal with stablecoins?

Stablecoins are intended to be everything that tokens such as bitcoin and ether are not.

Bitcoin’s price fluctuates sharply, but stablecoins are designed to be worth the same as something else—usually the U.S. dollar. Many stablecoins are also issued directly by companies, whereas bitcoin is decentralized and operates without a central authority.

As recent events have demonstrated, not all stablecoins are as stable as they are portrayed to be. The so-called “algorithmic” stablecoin TerraUSD plunged below its peg (as have others like Tether), eventually collapsing to a fraction of a cent. Its founder is currently the subject of multiple court cases instigated in courts of competent jurisdictions across the globe.

Buterin said that if the stablecoin project’s market activity “drops to near zero,” users should be able to extract the fair value of their liquidity from the asset.

He stated that in this case, there are only two outcomes: either the project “charges holders with some kind of negative interest rate, which balances out to effectively neutralize the US dollar growth rate embedded in the index, or it turns into a Ponzi, generating amazing profits for stablecoin holders for some time until one day it suddenly collapses with a bang.”

Buterin stressed that while there are many automated stablecoin projects that are fundamentally flawed and destined to fail, and many others that could theoretically survive but are very risky, there are also many stablecoins that are very reliable in theory and have withstood the harsh conditions of crypto market practice.

Buterin may have known about My Freedom Coin in May 2021.

This makes some analysts wonder if Buterin could have known about My Freedom Coin (MFC) when he wrote his blog post in May.

When it comes to investments, there are no guarantees. Even the most promising stocks can crash at any time. My Freedom Coin, on the other hand, is a product designed to withstand stock market downturns and bear markets.

The MFC coin has a total supply of 7 billion coins that are released through a series of offerings. The funds that are collected through the MFC coin offerings are then stored in a smart contract on a BEP-20 network called the BUSD Treasury (BUSDT).

BUSDT guarantees that all coins in circulation will not fall below their floor price, which can only stay the same or increase. The “floor price,” as the project defines it, refers to the absolute lowest price that the coin can be valued and this price subsequently goes up over time.

The consistent growth of BUSDT is ensured as each coin offering is 2X the Floor Price. Furthermore, all the fees that are charged in MFC are taken out of circulation, resulting in the  Floor Price increasing.

Characteristics that make My Freedom Coin unique in 2022

Some major aspects of the My Freedom Coin ecosystem include:

Why is MFC’s “Floor Price” innovation so unique?

This De-Fi project sets a Floor Price for its native token by setting up a treasury with BUSD stablecoin assets—sufficient to acquire all MFC tokens on issue. My Freedom Coin has zero liquidation risk, unlike other platforms in the same space that can and have collapsed due to under-collateralization or inherent flaws in their tokenomics.

My Freedom Coin is an app-based platform, designed to work securely on both iOS and Android. Investors start their journey on the My Freedom Coin website. Prospective token holders must use the code ‘CXPMGOSKJT’ to join. A $50 fee is charged to use or activate the exchange for a month, which is then utilized to maintain or grow the floor price and burning of tokens so that supply is deflationary. For the first 10,000 holders, the fee is $0 and will increase by $5 for every 10,000 users until reaching $50. 90% of this fee is distributed in a referral program to help grow the ecosystem and 10% is used in the Buyback protocol to increase the Floor Price.

My Freedom Coin has many benefits, most notably being its crash proofing and its ability to generate gains during the bear market.  Buterin keeps his cards close to his chest, but the project is an example of the type of initiative that crypto advocates should support.

Analysts believe that My Freedom Coin will be able to successfully compete with other cryptocurrencies in the future and is a pioneer in the new “crash-proof” paradigm that has emerged since Terra (LUNA).