US Judge orders Tether to prove its USDT backing 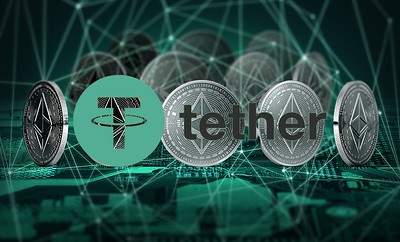 Editor’s Note: With so much market volatility, stay on top of daily news! Get caught up in minutes with our speedy summary of today’s must-read news and expert opinions. Sign up here!

(Kitco News) – The judge overseeing the Tether lawsuit accusing the stablecoin maker of manipulating the price of Bitcoin (BTC) has ordered the embattled stablecoin issuer to prove the 1-to-1 backing of USDT.

The long running case is being handled in the United States District Court for the Southern District of New York, and Judge Katherine Polk Failla has now ruled that Tether is required to provide “general ledgers, balance sheets, income statements, cash-flow statements, and profit and loss statements,” along with other documents, to the court.

Back in 2019, a group of investors filed suit against Tether and Bitfinex’s parent company iFinex, alleging that the firm manipulated the crypto market by minting Tether that was unbacked with the intention of inflating crypto prices.

The plaintiffs’ “Requests for Production,” which ordered Tether and Bitfinex to produce financial records and transaction records for all trades or transfers of stablecoins or other cryptocurrencies, was approved by the judge, who noted in the order that “the documents plaintiffs seek are undoubtedly important, as they relate to the backing of USDT.”

iFinex attempted to have the order blocked on the grounds that the company has already produced the documents “sufficient enough” for the Commodity Futures Trading Commission and the New York Attorney General, but that request was dismissed by Judge Failla.

In the response included with the dismissal of this request, the judge highlighted that the information sought goes right to the heart of the original allegations against Tether.

“Plaintiffs plainly explain why they need this information: to asses the backing of USDT with US dollars. (…) The documents sought in the transactions RFPs appear to go to one of Plaintiffs’ core allegations: that the B/T Defendants engaged in cyptocommodities transactions using unbacked USDT, and that those transactions ‘were strategically timed to inflate the market.’”

Along with the general ledgers and various statements outlined above, the defendants have been asked to turn over details related to their accounts on various crypto exchanges, including Bitfinex, Poloniex and Bittrex. These records are being requested as part of the discovery process.

After the order was issued, Tether posted the following comment in response:

“The order that was issued yesterday in the case captioned In Re Tether and Bitfinex Crypto Asset Litigation, is a routine discovery order and does not in any way substantiate plaintiffs’ meritless claims.

We had already agreed to produce documents sufficient to establish the reserves backing USDT, and this dispute merely concerned the scope of documents to be produced. As always, we look forward to dispensing with plaintiffs’ baseless lawsuit in due course.”

USDT is the leading stablecoin by market capitalization and the third largest digital asset behind Bitcoin and Ethereum (ETH), with a current circulating supply of nearly $68 billion. The issue of what backs each USDT has been a popular topic of discussion and concern going back to 2018 when Tether claimed that every token was backed 1-to-1 with US dollars.

In 2021, the New York Attorney General (NYAG) ended its investigation into Tether and Bitfinex with an $18.5 million settlement agreement where the NYAG concluded that the defendants commingled company and customer funds to obfuscate $850 million in losses.

Due to these losses, the NYAG determined that USDT was not fully backed for a period of time following November 2018.

Tether now insists that all USDT tokens are “100% backed by its reserves,” and the firm submits quarterly reports detailing its reserves to the NYAG and publishes them on its website.

Update: This article has been updated from its original version to include the response from Tether.