Trademarks in the metaverse — artistic expression or commercial product? 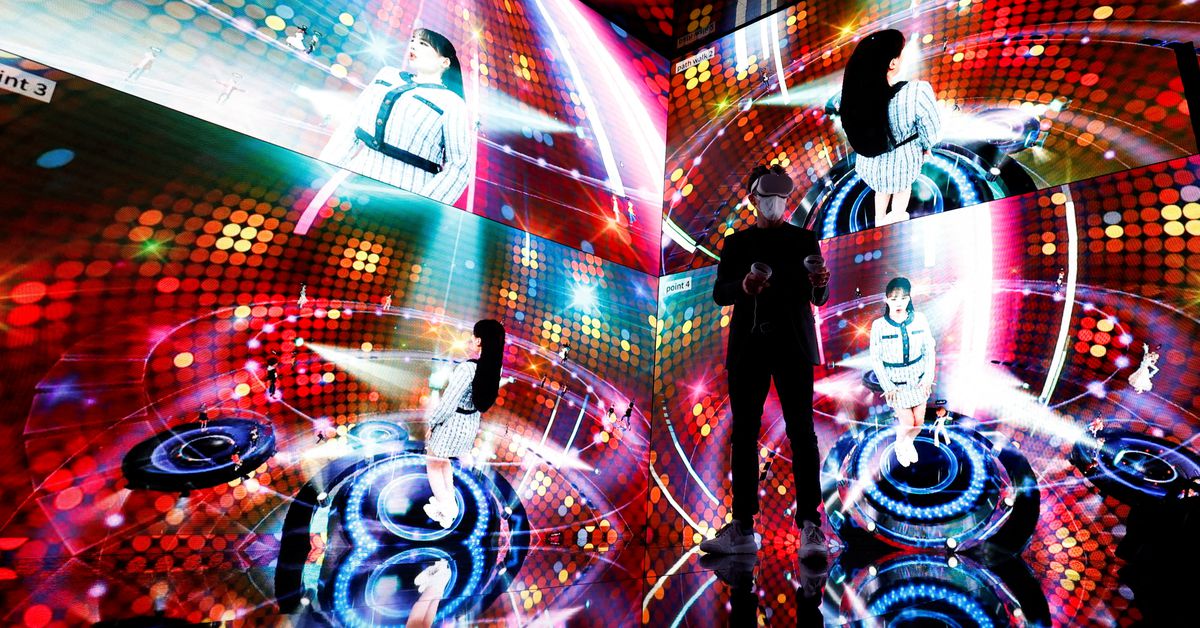 January 5, 2023 – In today’s digitally connected world, the new wild West is the “metaverse.” As with the real world, the metaverse contains key civilizational aspects such as social interaction, currency and trade, resulting in tangible, real-world benefits. The metaverse had a global market value in 2021 of $22.79B with growth expected to continue at a compound annual rate of about 40% per year by 2030, according to the website GlobalData.

Online vendors are using famous brand names and objects in the metaverse as virtual goods or NFTs, sometimes without authorization. Often, parties buy and sell these digital goods online, creating a virtual market for a depiction of a real-world good. With this new market comes new questions of how to apply real-world intellectual property rights to products in the metaverse.

Created by the 2nd U.S. Circuit Court of Appeals (Rogers v. Grimaldi, 875 F.2d 994 (2nd Cir. 1989)), the Rogers test arose in a case brought by the famous dancer Ginger Rogers against the producer of a film entitled “Ginger and Fred” in which she asserted Lanham Act violations to her common-law rights of publicity and privacy. The Rogers court denied her claims holding that the use of marks containing artistic content – i.e., a film title — are not subject to the Lanham Act because the artistic expression is non-commercial and the mark is “inextricably intertwined” with the product itself. According to Rogers, the Lanham Act only applies if the work has “no artistic relevance to the underlying work whatsoever,” or “explicitly misleads as to its source.”

In Hermès, Rothschild alleged “MetaBirkins” were a creative, artistic representation eligible for heightened First Amendment protection under the Rogers test, making the “likelihood of confusion test” inapplicable. The Hermès case recently survived a motion to dismiss because, while the Rogers test applied, Rothschild’s statements were sufficient to demonstrate that his use may be explicitly misleading as to the source of the work and therefore a violation of the trademark laws.

For example, the complaint alleged Rothschild stated his MetaBirkins were intended as “a tribute to Herm[è]s’ most famous handbag, the Birkin,” and that he “wanted to see as an experiment if [he] could create the same kind of illusion that [the Birkin bag] has in real life as a digital commodity.”

The court denied Ripps’ motion to dismiss, finding the Rogers test did not apply because Ripps’ NFTs failed to “express an idea or point of view.” Rather, Ripps’ NFTs pointed to BAYC’s marks, using them in furtherance of Ripps’ own “commercial activities…to sell infringing products.”

The court also held, “even if Rogers were applicable, Ripps’ use of BAYC’s marks was explicitly misleading because the marks were used in the same marketplaces to identify and sell NFTs bearing the exact same images underlying the [protected] BAYC NFTs without adding any expressive content.” These decisions may set the tone in identifying the boundaries of use for trademarks for NFTs.

While the Rogers decision was initially limited to movie titles, courts have variously expanded its application to books, songs, video games, and even commercial items such as dog toys, with particular expansion occurring in the 9th U.S. Circuit Court of Appeals. The extent of its scope is now at issue at the U.S. Supreme Court. While virtual goods present issues different from physical goods, how courts determine the metes and bounds of the Rogers test will be determinative of how NFTs are analyzed.

In Jack Daniel’s, VIP sold a chew toy for dogs in the shape of Jack Daniel’s’ famous liquor bottle. Its label featured a wide-eyed spaniel over the words “Bad Spaniels, the Old No. 2, on your Tennessee Carpet.” At the bottom of the Bad Spaniels toy, it read: “43% POO BY VOL.” and “100% SMELLY,” with the toy explicitly stating, “not affiliated with Jack Daniel Distillery” (see a side-by-side comparison, below, presented in the 2022 petition for cert.):

The case has been up and down in appeals, but most recently the 9th Circuit held (1) the Rogers test applies (i.e., the product includes expressive speech in the form of humorous parody), and (2) no trademark dilution occurred because the protected speech falls under an exception to trademark dilution as non-commercial speech, holding “it does more than propose a commercial transaction[.]”

Some of the amicus curiae briefs in the Supreme Court proceeding argue the Bad Spaniels chew toy should not qualify as a “parody.” At its core, a parody must use another’s work to comment on the substance of the original composition. But if the accused work has no critical bearing on the substance or style of the original composition, a defendant’s claim to fairness in borrowing from another’s work diminishes, or vanishes completely. In short, without parody, the commercial nature of the use looms larger.

In the context of VIP’s chew toy, some amici argue that although the toy might contain a “humorous” message about a dog being “100% SMELLY” or putting “the Old No. 2, on your Tennessee Carpet,” it does not convey any commentary about the original Jack Daniel’s product. Without the required commentary, the Supreme Court may find Bad Spaniels lacks parody. In the metaverse, similar issues will arise with respect to whether new works are artistic or parody, with the breadth of the Rogers test being critical to resolving these issues.

However, even if the work is not parody, the question of whether the chew toy conveys a non-commercial, expressive message remains. While Rogers itself warned that its test does not cover “ordinary commercial products,” the 9th Circuit’s decision in Jack Daniel’s appears to have made light of this warning, expanding the scope of the Rogers doctrine from covering artistic works (e.g., movies, books) to covering a chew toy, arguably an ordinary commercial product.

In many cases, products in the metaverse present the same problem: Does the product make a statement about the original mark or is it being used to exploit the mark holder’s goodwill for its own ordinary commercial product?

A similar fact pattern to Jack Daniel’s occurred in the 2nd Circuit with the exact opposite result. In Harley Davidson, Inc. v. Grottanelli, 164 F.3d 806 (2d Cir. 1999), the defendant owned a motorcycle repair shop called “The Hog Farm,” which performed maintenance on Harley-Davidson motorcycles. The repair shop used the Harley-Davidson logo, except that the logo (1) included a drawing of a pig wearing sunglasses, and (2) replaced the words “Harley-Davidson” with “American Made” and a disclaimer that the defendant was an “unauthorized dealer.”

As with the Bad Spaniels chew toy — which looked like the Jack Daniel’s bottle but contained other content — the defendant in Harley-Davidson also tried using parts of a trademark owner’s mark to convey its own humorous message. But there, the 2nd Circuit rejected the argument that the allegedly humorous mark was eligible for heightened protection, ruling instead the mark was not a parody because it made no comment on Harley-Davidson’s product but rather used it to promote the defendant’s own services.

In the Jack Daniel’s case, whether Bad Spaniels qualifies as a parody under Rogers and whether the non-commercial exception to trademark law applies will be key issues. These same questions will similarly be key to determining whether marks used in the metaverse are infringing or dilute the goodwill of the mark holder.

Impact on TM protection in the metaverse

The Jack Daniel’s decision could have broad implications on trademark uses, including in the virtual world. If the Court affirms a broad view of the Rogers test, famous brands may find themselves with limited recourse to defend their marks against confusing but “expressive” uses in both the physical and virtual world.

Conversely, if the Rogers test is narrowly construed, trademark owners’ rights will be strengthened. For example, if the Supreme Court adopts the International Trademark Association’s position (in its amicus brief), the Court may define an “expressive work” as “those products whose core function is artistic expression.” This definition is akin to the definition originally evoked in Rogers, i.e., where the “artistic and commercial elements of titles are inextricably intertwined.”

The recent district court decisions in Hermès and Yuga Labs provide further clues on how the Rogers test may be interpreted, focusing on the nature of the underlying commercial activity and looking toward the intent of the infringer, e.g., were its actions explicitly misleading. These district court decisions emphasize the role of the infringer’s intent in determining liability.

Jack Daniel’s is the case to watch, as it will impact how courts interpret the trademark laws regarding their use on digital goods and services in the metaverse.

Opinions expressed are those of the author. They do not reflect the views of Reuters News, which, under the Trust Principles, is committed to integrity, independence, and freedom from bias. Westlaw Today is owned by Thomson Reuters and operates independently of Reuters News.

Howard Wizenfeld is an intellectual property special counsel in the firm’s New York office and handles complex patent litigations primarily in the electrical engineering, telecommunications, and computer science fields, and has handled litigations in the biotechnology, pharmaceutical, and chemical sectors. He also counsels clients with respect to various intellectual property issues, including licensing or purchasing IP assets, corporate transactions that concern IP, and patent prosecution. He can be reached at howard.wizenfeld@cwt.com.

A.J. Harris is a law clerk in the firm’s intellectual property group in New York. He received his J.D. from Fordham University School of Law where he was symposia editor of the Journal of Corporate & Financial Law and associate editor of the Intellectual Property, Media and Entertainment Law Journal. He can be reached at andrew.harris@cwt.com.