Terra Falls Back Down to Earth: LUNA Sinks 38% From Recent High 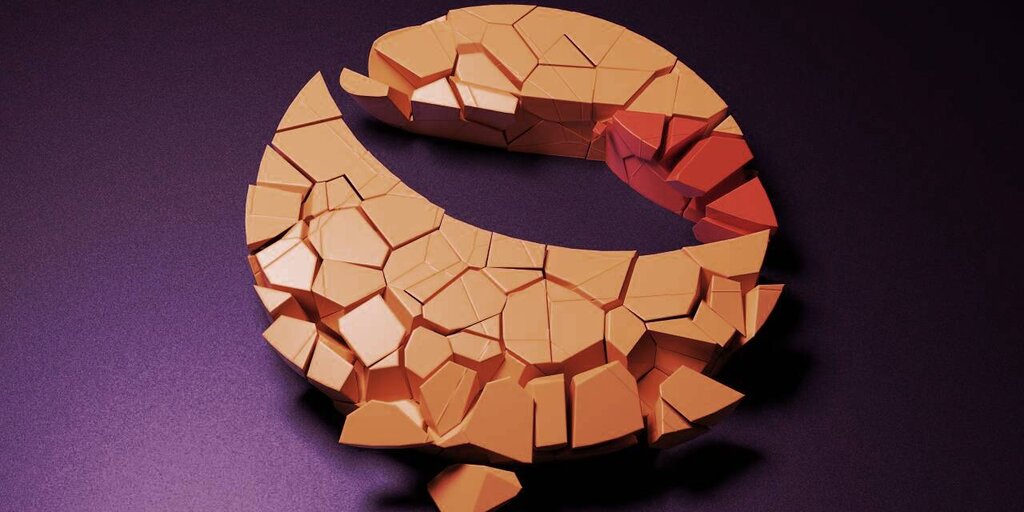 Terra’s LUNA mooned late last week, as the rebooted version of the crypto token surged 247% early on Friday. But while the token has still picked up massive value over the last week, the ascent has stopped: now it’s down by more than a third from its recent peak.

At a current price of $4.17 per coin, LUNA has dropped a total of 38% from its Friday peak of $6.72, per data from CoinGecko. That price was the highest price seen for LUNA since June 1, shortly after the second-generation coin launched and was airdropped to holders of the previous LUNA cryptocurrency, which has since been renamed LUNA Classic (LUNC).

While that is a sizable drop, LUNA has still maintained quite a bit of its recent rise. It’s still up 133% over the last seven days, more than doubling in recent days after spending months hovering around the $2 mark.

Interestingly, other coins in the Terra ecosystem have charted similar pops and drops in recent days. LUNC, for example, has fallen 43% since late last week’s peak, and is down 17% over the last 24 hours at a current price of $0.0003. Even so, LUNA Classic remains up 33% on the week and 242% over the last 30 days.

Meanwhile, TerraClassicUSD (USTC)—formerly a dollar-pegged stablecoin called UST—is down 10% on the day at a price of $0.047, but is still up nearly 54% over the last week and 61% over the past 30 days. The wider crypto market is up about 1% today, for reference.

Under their previous respective monikers, LUNC and USTC collapsed in early May as the stablecoin lost its dollar peg and the paired LUNA cryptocurrency sank as a result. LUNA and UST were collectively worth tens of billions of dollars’ worth of total market cap, and their simultaneous decline helped trigger a wider crypto market crash.

LUNC’s rise in recent weeks has been more gradual than LUNA, and has come amid community-led initiatives to rebuild the crumbled ecosystem—including a transaction tax that will be spent to buy up and burn (or permanently destroy) coins to cut the overall supply.

Meanwhile, LUNA is a new cryptocurrency from original creator Do Kwon and Terraform Labs, and is his own attempt to resuscitate the Terra ecosystem following May’s crash. It’s still not entirely clear why the rebooted LUNA surged in value last week, although it may have been a residual effect from LUNC’s own recent jump.

The views and opinions expressed by the author are for informational purposes only and do not constitute financial, investment, or other advice.