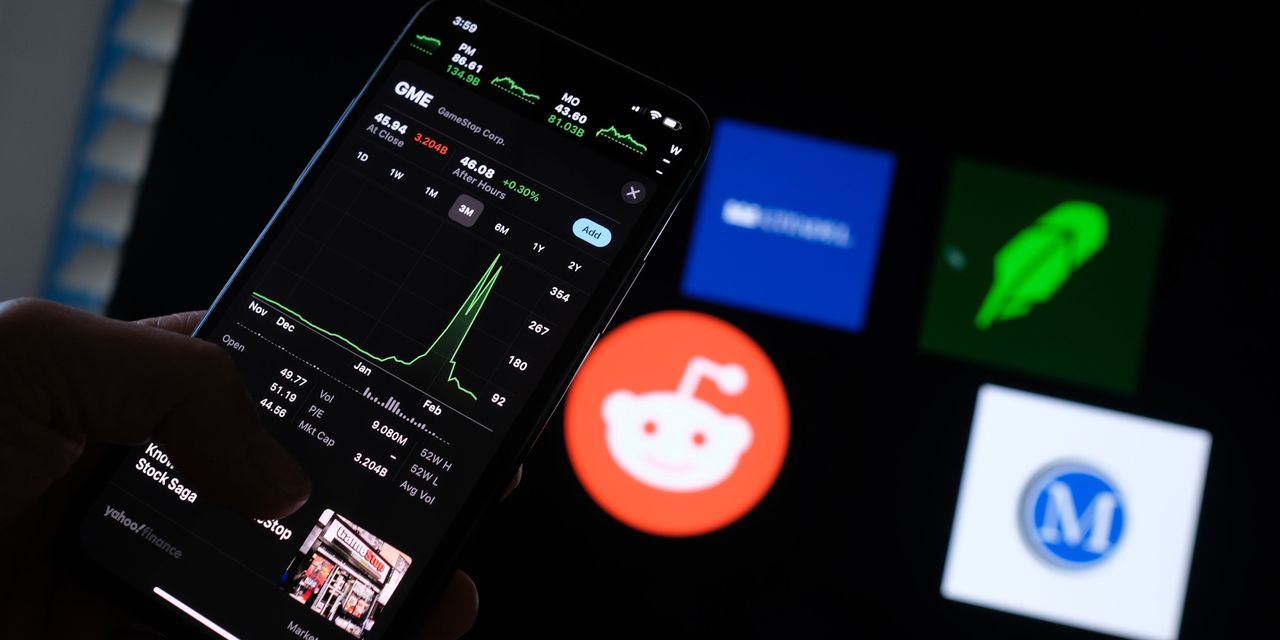 
The market is off to a roaring start in 2023, and it’s not just Wall Street that’s feeling the groove. The meme-fuelled, retail-focused trading that in many ways epitomized the pleasure and pain whipsaw from 2021 to 2022 is back. Just look at the fan favorites.

(ticker: GME), which became the original icon of retail investors amid the internet-inspired trading frenzy of early 2021, has risen 28% so far this year.

(AMC), almost as famous among the retail crowd, has climbed 60%.

It’s much the same in the world of digital assets.


Dogecoin,
a crypto based on a meme of a Shiba Inu dog, has soared 25% since the start of the year.


Shiba Inu,
which is a memecoin itself referencing Dogecoin—welcome to crypto, folks—has rallied about 50%.


Bitcoin,
the biggest crypto of the bunch and, in many ways, also a favorite of the meme-inclined, has gained 27% since the bell rang on New Year’s Eve.

While there is some material news about Shiba Inu—its now-very-serious developers have big ideas about a wider “Shibarium” blockchain universe—this phenomenon has never been about that kind of thing.

If the stock market is a humming steam engine, meme stocks and cryptos are like the relief valve that whistles when spirits are high. And beyond eye-popping price jumps, there are some real indicators flashing optimism.


CBOE Volatility Index
—Wall Street’s so-called fear gauge, known as the VIX—was down to 19 on Wednesday, falling more than 1% on a daily basis. Its the lowest level since early April 2022, when the S&P 500 was 15% higher and Bitcoin was changing hands for two-and-a-half times Wednesday’s levels.

The VIX has a read-across to digital assets, too, with the Crypto Fear and Greed Index neutral at 52 on Wednesday—on a scale from 1, meaning extreme fear, to 100, signaling extreme greed—also the cheeriest level since early last April. Not bad considering we’re just two months out from the “unprecedented” bankruptcy of crypto exchange FTX, which looked a lot like an existential crisis for digital assets.

Meme mania has never been about macro, but perhaps it’s worth trying to align double-digit rallies to some fundamentals.

Economic data suggests that inflation is moderating and that the U.S. economy is slowing enough to warrant a downshift from the Federal Reserve, whose aggressive inflation-fighting monetary policy was largely responsible for last year’s market rout. This is good news, and it’s the same fuel that is powering the wider stock market to gains in recent days.

But perhaps, more than anything else, retail investors that ditched the market dance floor last year are just trying to hear the music again.

From Wall Street to Reddit, few need to be reminded of how bad 2022 was, but we’ll remind you anyway. It was the worst year for the stock market since 2008 and one of the most dismal ever for crypto. And the rally is a sign of how much better investors hope 2023 will be.

Institutional investors detail optimism in slide decks and price targets. Retail investors have a different way of doing it.

Write to Jack Denton at jack.denton@barrons.com