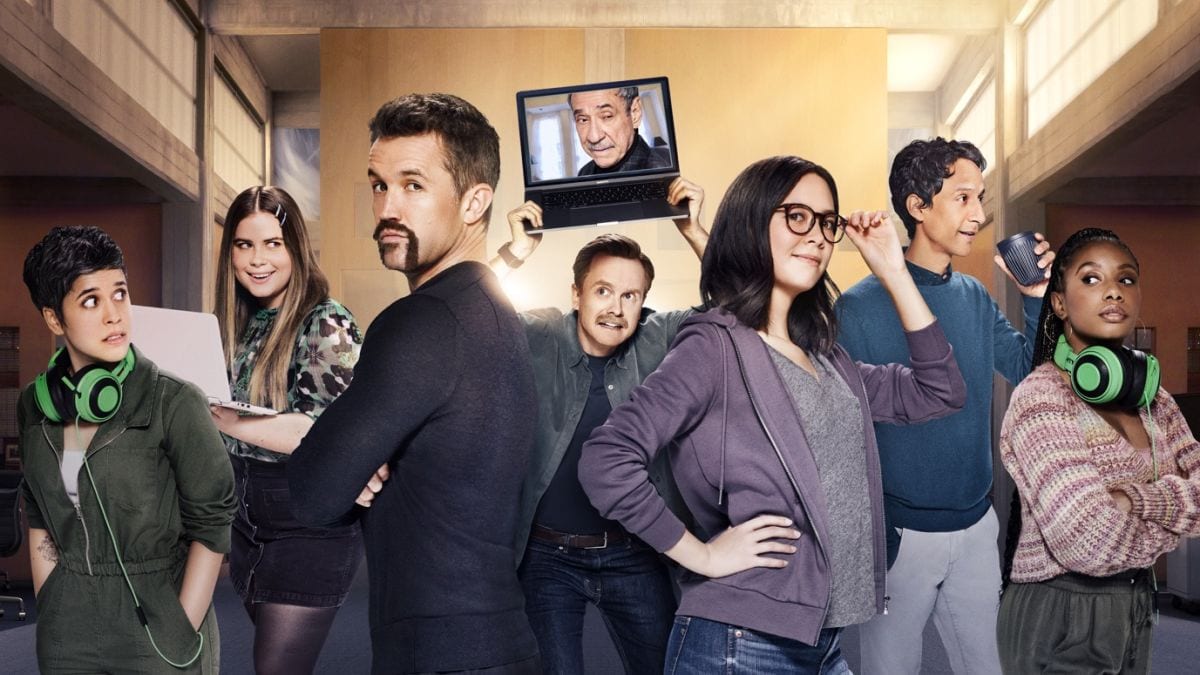 Mythic Quest, the Ubisoft-Produced workplace Sitcom about video game development, is back with a brand new Season 3 trailer. During Ubisoft Direct, Creator Rob McElhenney (It’s Always Sunny in Philadelphia) revealed the exciting new video, which showcases a bit of what fans can expect for the next season.

After a quick recap of Seasons 1 and 2, the trailer showed Ian(McElhenney) and Poppy (Charlotte Nicdao) pitching a new game for a company while also taking their time to explore the Metaverse.

While Ian and Poppy left their old studio, that doesn’t mean the rest of the gang from Mythic Quest are twiddling their thumbs. We’re then shown how life is for David Brittlesbee (David Hornsby) now that he’s head of the studio, while Brad Bakshi (Danny Pudi) is demoted to janitor duties after season 2’s finale. We even get to see Ashly Burch’s Rachel driving a tank, and who doesn’t want to see the woman behind Tiny Tina driving a tank?

While Ubisoft gave no release date, the Third Season of Mythic Quest is scheduled to arrive exclusively on Apple TV sometime later this year. For more info, be sure to check back to Twinfinite for updates.

There should also be some more Ubisoft-related content down below that you may find helpful, as well as some other news for the games, television shows, and movies announced this weekend. For any questions you have about the game that you can’t seem to find the answer to, always feel free to reach out to us in the comment section, and we’ll do our best to help.