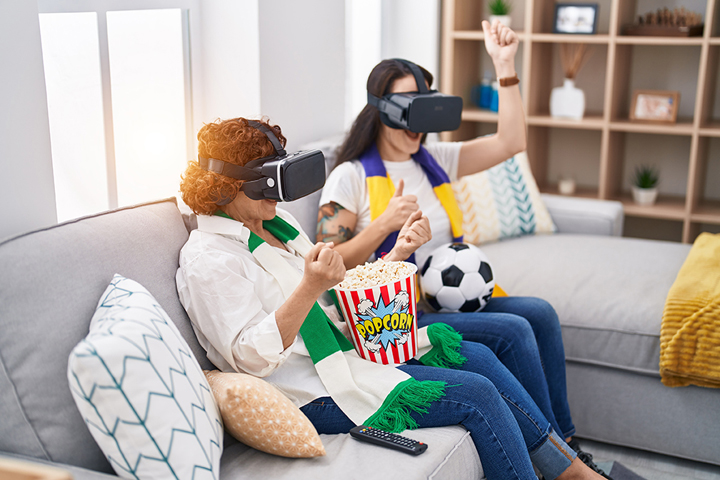 FOR practically one whole month, the entire football-crazy world will be caught in yet another frenzy as the FIFA World Cup commences from November 20 to December 18, 2022, in Qatar. A total of 32 teams will duke it out against one another in eight venues located in five cities.

The 22nd FIFA (Federation Internationale de Football Association) World Cup also marks the first time that the international men’s football competition will be held in an Arab country and only the second time in Asia after South Korea and Japan during the 2002 edition. France, the reigning World Cup champion, will try to defend the title it won over Croatia in 2018 against 31 other teams all around the world.

But what relevance does the World Cup of football have on the Philippines, considering that basketball remains to be like a religion in this country?

UNBEKNOWNST to many, football has a long and strong imprint on the country’s history, beginning over 100 years ago. It was the time that Iloilo-born Paulino Alcántara Riestra made history as the first Filipino and Asian footballer to play for European club FC Barcelona. Yes, FC Barcelona that counts Lionel Messi as its most famous player.

However, the Filipinos’ love for football didn’t prosper from there since it was basketball that managed to capture the love and adoration of Filipinos, despite it being a sport where “height is might.” And Riestra’s name hardly rings a bell, even for most sports enthusiasts.

Some say we should forget about basketball because being Asian, we are not on a par with other taller, more agile Caucasians or African-Americans. With our diminutive size and speed, many sports pundits believe football is a sport tailor-fitted for Filipinos. And with our creativity and ingenuity, football is like tailor-made for us but still, the sport hardly made a dent on the Filipino sports psyche.

Slowly, however, the sport is making a long, arduous advance. The Philippine Azkals, the Philippine men’s national football team made up mostly of players with foreign-sounding names but considered Filipinos by affinity, made history when they advanced to the World Cup qualification round for the first time back in 2011. On the distaff side, the Philippine Malditas (or “Filipinas”), the national women’s football team, took it up a notch and made history in January of this year for Philippine football when they earned a spot at next year’s FIFA Women’s World Cup jointly hosted by Australia and New Zealand, our first ever.

Slowly, football is gaining that much-needed attention among Filipinos. And the FIFA World Cup fever is not lost among Filipinos. In fact, it is now one of the most watched global sporting events, perhaps next to the NBA and the Olympics. But being a Third World country, many Filipinos realistically can’t afford to go to the venue itself.

The next best option? Live streaming.

Streaming is the answer?

ACCORDING to The World Cup 2022 Viewing Report by Dynata and commissioned by Amdocs, the survey conducted among 300 Filipino viewers who plan to watch the FIFA World Cup, it revealed that many Filipinos are ready for a new era of amazing interactive entertainment offerings and are willing to pay for digital products and services that make their experience more enjoyable. However, not having access to viewing the World Cup, coupled with questions around network reliability, could hinder this evolution.

Among the study’s findings: 91 percent of viewers expressed interest in using the metaverse (defined as a single, universal and immersive virtual world) so they could watch sporting events with other fans as if they were there. Aside from the metaverse, the study said 45 percent of viewers have a growing desire for more interactive experiences like AR/VR, 40 percent look to a 360-degree live video of the game, and 34 percent would want to participate in interactive in-game challenges.

The study also showed that while 75 percent of fans expressed confidence in their home connectivity when it comes to World Cup viewing, it drops to 50 percent when talk points to mobile networks. Accessibility is also a concern, with 22 percent of total respondents say they don’t have access to all games from their TV provider.

When reached out for answers by the BusinessMirror as to why the Philippines was included in the study even if football is not too popular yet in the country, Amdocs, a provider of software and services to communications and media companies, said that the World Cup of football is a major international sports event and is one of the most viewed events in the world, with a huge fan base across the globe. With a significant number of soccer fans present in the Philippines, findings from this study will act as an avenue to assist operators to enhance the customer viewing experience, the company said.

“The pandemic has increased the digital trend, and this has led to the introduction of the latest technology enhancing the viewing experience for sports. People now have the option to watch live sports on apps that provide them with enhanced personalized experience like match scores or interaction streaming combined with data and statistics. Those who can’t go to the venue to watch the game would like to experience it in metaverse where they can be a part of a virtual stadium,” the company told the Business­Mirror.

The company said the zeal and enthusiasm for attending an event will always stay, but the beauty of today’s present situation is that with technological advancements, people will now have both options. Those who are not physically present to watch the event now have the online option and with technology like metaverse, they can experience the game as if they are watching it from the stadium.

“Introduction of new technology will not only enhance fan experience across all touchpoints, but will also open up significant opportunities for new revenue streams,” according to Amdocs.