Korean Banks May be Targeted by New U.S. Cryptocurrency Measure 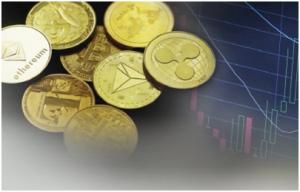 The White House announced its Comprehensive Framework for Responsible Development of Digital Assets on Sept. 16. Its purpose is to block cryptocurrency use related to money laundering and terrorism and its targets include North Korea, which is trying to get foreign currencies by hacking under U.S. and international sanctions.

It is pointed out that South Korean banks may be regulated by the framework against North Korean cryptocurrency hacking. This is because more than US$6.5 billion of abnormal foreign exchange transactions have been detected in the banking sector of South Korea and some of the transactions may be related to North Korea.

According to industry sources, the Ministry of Justice of South Korea and the FBI are working together in order to define those cryptocurrencies remitted abroad through South Korean banks.

“The amount may further increase and completely new facts may be revealed as to who played what roles in the transactions,” the Financial Supervisory Service said on Sept. 15, adding, “With our inspections yet to be completed, it is still early to mention how responsible the banks are.”

A Greenwich High senior wants to use cryptocurrency to crowdfund philanthropy