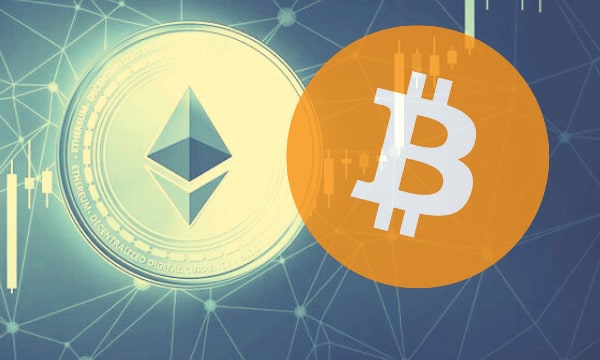 The CTO believes the cryptocurrency cannot compete with Bitcoin as a form of money, due to design choices that have prioritized other objectives.

Bitcoin is Money; Ether is Not

As formulated in its whitepaper, Ethereum was designed as an “alternative protocol for building decentralized applications” that Bitcoin wasn’t well suited to support. From smart contracts to stablecoins, to non-fungible tokens (NFTs), every ecosystem transaction is powered by Ether – the now second largest cryptocurrency.

More recently, some have also taken to calling Ether “ultrasound money” due to how its tokenomic structure will look after the merge. Its transaction burn mechanism coupled with a substantial decrease in ETH per block will effectively make it a net-deflationary currency.

This could theoretically put it in competition with Bitcoin – a cryptocurrency well-renowned as long-term inflation hedge due to its fixed supply. However, Ardoino thinks there’s more to the story:

“ETH cannot compete with Bitcoin on the money front because there is no fixed supply, and it isn’t really a world computer yet because it has a shared global state and hence too slow to be scalable,” he explained.

The CTO added that the Merge will not fix Ethereum’s relatively high transaction fees (something Ethereum developers have confirmed), nor will it make Ethereum any more decentralized.

Indeed, concerns are rising over the high concentration of Ethereum 2.0 stake in the hands of centralized staking providers. Lido, Coinbase, Binance, and Kraken collectively control over 60% of stake, and are all OFAC-compliant entities.

Some think these circumstances could lead to the government compelling these entities to censor the Ethereum chain using their overwhelming stake. That said, Coinbase’s CEO has denied that his company would likely do such a thing.

Overall, Ardoino believes that the Merge will not resolve network congestion, and therefore not make Ethereum any more useful as a monetary network.

“The fact of the matter is that Bitcoin is the only asset out there that has a solid narrative, one that hasn’t changed,” he said. “Ethereum still doesn’t match Bitcoin because its narrative keeps shifting.”

“That’s why it’s a good form of money,” he said, “because its value cannot be conflated with the actual utility of other stuff.”

Hayes added that Ethereum may be forced to change Ether’s monetary policy in the future if deflation gets “too severe”. In other words, the high transaction fees necessary for such deflation may drive away users seeking a cheap, usable network.

Shark Tank star Mark Cuban made the same point during an interview about the Merge last month. “If utilization goes up, and the value of a token goes up, then the cost to do something goes up,” he explained. “So you have these two competing interests.”

SPECIAL OFFER (Sponsored)
Binance Free $100 (Exclusive): Use this link to register and receive $100 free and 10% off fees on Binance Futures first month (terms).

PrimeXBT Special Offer: Use this link to register & enter POTATO50 code to receive up to $7,000 on your deposits.