Cryptocurrency is a scam. I learned that the hard way 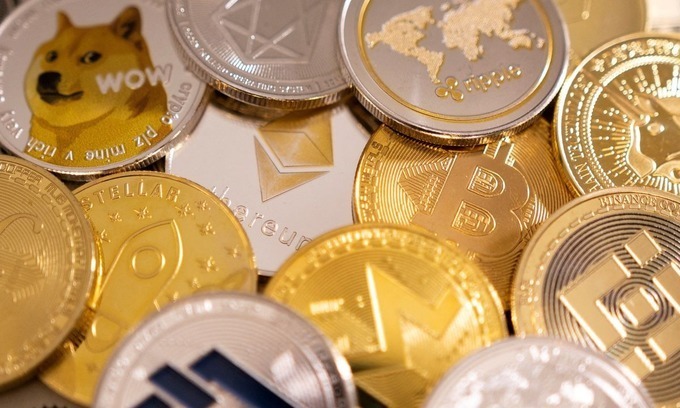 Representations of cryptocurrencies in this illustration taken January 24, 2022. Photo by Reuters/Dado Ruvic

Cryptocurrency is a scam. I learned that the hard way. Please cut your losses and get out while you still can.

It took the loss of VND5 billion ($201,470) as a result of investing in cryptocurrency for me to realize that it is the biggest scam of all time.

From the moment it peaked at $20,000 and dropped to $3,600, all of the predictions that cryptocurrency would pay off in the future were lies and manipulation.

I still remember buying cryptocurrency in 2017 because I believed in the forecasts of the so-called “experts.” When it dropped to $3,600 and then to $86, I had no choice but to sell, accepting the VND5 billion loss.

Since then, I have been following the crypto scene and there’s one thing I know for sure: I can never be smarter than the sharks. The very nature of cryptocurrency makes it the most classic scam of all time.

There might be the lucky few who’ve been able to buy houses and cars thanks to cryptocurrency, but they are always the very few, the minority, who get lucky. Most of the money that people invest goes into the pockets of the sharks. It does not matter how much a cryptocurrency is worth, all the sharks care about is how many people can be tricked into thinking crypto is a reliable get-rich-quick scheme.

I realize that as long as countries have borders and laws and governments, there will never be a currency strong enough to transcend borders, no matter how interconnected our world is.

It does not matter to the manipulators whether a coin goes up by $100,000 or down to $100, what matters to them is how many people they can pull in and suck dry by manipulating coin values.

Once people begin to buy coins at $69,000 per unit, the sharks will have enough power and financial resources to steer the ship whichever way they want.

So just remember, when the coins peak at $20,000 and then drop to $3,600 per unit, when people have no other option left than to sell… that’s when a new vicious cycle begins. If you want to test your luck, go ahead. But know that you have been warned.

The opinions expressed here are personal and do not necessarily match VnExpress’s viewpoints. Send your opinions here.