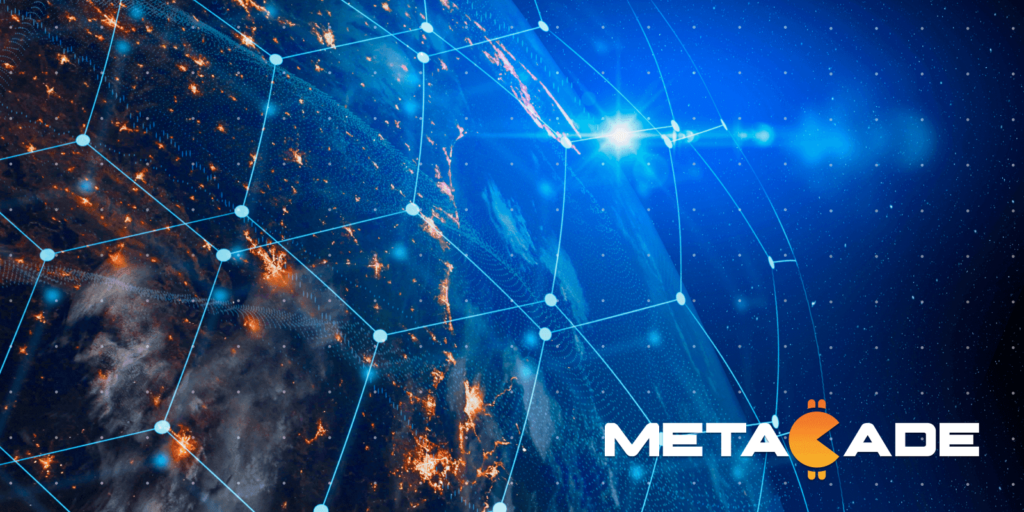 Even though cryptocurrency isn’t as prone to inflation in the same way government-backed money is, some factors influence the overall crypto market. The value of crypto dipped across the board after the collapse of FTX, with major projects such as Solana and Polkadot losing value. Price predictions for Solana and Polkadot are uncertain, but many experts believe the token could recover over time.

However, a new gaming project called Metacade (MCADE) has largely avoided the effects of the FTX scandal and could post major gains over the coming years.

Are you looking for fast-news, hot-tips and market analysis?

What is Solana (SOL)?

Solana has also developed a mobile phone specially designed for use with blockchain services. However, while Solana shows promise as a Layer 1 blockchain, it has proven less reliable than other networks, switching off on seven different occasions between 2021 and 2022.

The price prediction for Solana is currently under scrutiny, as there is uncertainty surrounding the future of the network following the collapse of FTX – one of the ecosystem’s primary supporters. However, Solana is widely expected to decouple itself from the event over time, as the ecosystem is self-sustaining and a separate business entity.

What is Polkadot (DOT)?

Polkadot (DOT) is an ambitious blockchain protocol that seeks to enable a completely interconnected and interoperable blockchain ecosystem. Polkadot was developed to be a next-generation chain that combines the features of traditional blockchains with other networks, such as sharded chains, distributed ledgers, and cloud computing.

Polkadot allows multiple blockchains to interact with each other, all connected under a single network. The DOT token bridges two or more Polkadot-enabled blockchains, achieving a higher level of interoperability. It is a Layer 0 solution that can connect users and applications across the Web3 ecosystem.

Polkadot promises a more efficient and secure system for developers. The project can solve certain inefficiencies that underpin blockchain usage, including security risks involved with bridging assets across different blockchain networks. It is a top 10 cryptocurrency by market cap and has the potential to revolutionize how we think about blockchain technology over time.

DOT has fallen over 90% since its peak during the 2021 bull market. As a result, the DOT token is near the bottom, and while there could be more downside to come, the current price of $4.54 looks like a great entry position for DOT.

DOT’s 2024 price prediction is $32, a 7x gain from the current level. If DOT breaks this level of resistance, the next target will be $45, with a new all-time high in sight at the $54 level.

What is Metacade (MCADE)?

Metacade (MCADE) will be the biggest GameFi platform of its kind. The project is developing a community-driven arcade that leverages blockchain technology to deliver an enhanced gaming experience. In the Metacade, players can play a wide range of different games and earn MCADE tokens in several ways.

Web3 users and GameFi players will get a central location to get together, play various classic games, and discover the hottest alpha in blockchain-based gaming. Metacade will be a true community hub, rewarding players with MCADE tokens for posting game reviews and sharing insights. Metacade will also help to connect Web3 users with paid job opportunities.

The Metacade community will be able to access exclusive beta testing roles, where they can provide feedback to game developers and play a pivotal role in the production of new games. Metacade will also launch its Metagrants program, providing funding to in-demand blockchain games as the project seeks to drive progress in the GameFi sector.

The MCADE token has just started its presale event, which has been a major success so far. The beta phase sold 140,000,000 MCADE tokens in just three weeks as the project attracted over $1 million worth of funding. After the presale is complete, the price of MCADE is expected to skyrocket as many investors believe that the token is underpriced.

During 2023, MCADE could rise to $1 in value – a 50x rise from the end of the presale. Since the project is brand-new and offers immense value in its ecosystem, analysts expect a huge spike in the coming years.

Metacade is, without a doubt, the best investment

The Metacade presale is a rare opportunity to get in on the ground level of a major crypto project. MCADE looks set to sell out during every phase of its presale, which gives participants a limited time to get involved at the current price of $0.01.

Metacade is in-demand and looks ready to explode. For this reason, it could be one of the best investments to prepare for the bull market in 2024-25.

You can buy Solana and Polkadot tokens at eToro here.
You can participate in the MCADE presale here.