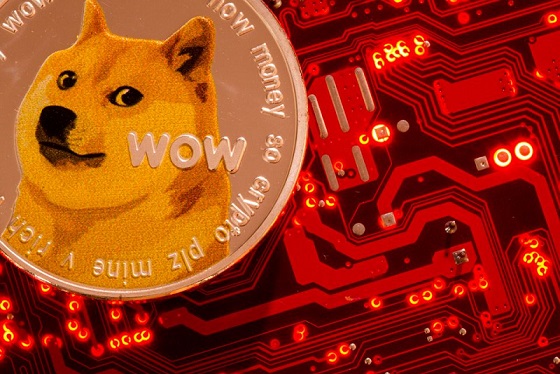 Investing.com – and the cryptocurrency market in general are moving up on Tuesday, with the largest cryptocurrency by capitalization rising 1.76% over 24 hours at the time of writing.

Currently at $16,500, the has thus almost completed reversing yesterday’s fall. Bitcoin had slipped in the face of concerns about tensions in China, like most speculative assets. The cryptocurrency market also had to digest the announcement of BlockFi’s bankruptcy yesterday afternoon, in what is further collateral damage from the FTX implosion.

However, Bitcoin returned to the upside early this morning, as overall sentiment was improved by speculation that protests against the anti-COVID policy in China will lead to an anticipated reopening of the Chinese economy.

Although encouraging, Bitcoin’s rebound since last night has had little impact from a charting perspective, with the cryptocurrency holding within its recent range, with the daily picture still not very encouraging. As such, there is no reason to rule out a further fall in Bitcoin, with some analysts looking to the $10,000 mark as a potential floor for the current bear market.

This is especially true of Mark Mobius, co-founder of Mobius Capital Partners LLP, who said in an interview Monday in Singapore that his next target for Bitcoin is $10,000, a level not seen since September 2020. That would be a drop of about 40 percent from current prices.

Mobius also made it clear that he would not invest his own cash or his clients’ funds in digital assets, deeming it “too dangerous.”

However, he reaffirmed his long-term belief, stressing that “crypto is here to stay because there are several investors who still have faith in it.” The investor also noted that it is “amazing how bitcoin prices have held up” despite the FTX bankruptcy scandal.

Dogecoin outperforms most other cryptocurrencies

While Bitcoin remains under threat of a bigger drop, the situation is different for another popular cryptocurrency, . Indeed, DOGE is currently up 8% over 24 hours and over 37% over a week, going its own way, independent of other cryptocurrencies, thanks to the support of Elon Musk.

The Tesla (NASDAQ:) and Twitter boss, who openly displays his affection for Dogecoin on a regular basis, shared some slides on Sunday from a Twitter presentation he put together. The presentation described, among other things, the planned features of the future redesigned Twitter application. In it, we learned that Musk plans to integrate payment features into the application.

This was all it took for the crypto community to once again speculate about a potential Dogecoin integration with Twitter, a topic that has been coming up regularly since Musk first publicly considered buying Twitter, and one that is likely to continue to drive Dogecoin’s share price until Elon is clearer on the matter.

Can Dogecoin Reach $1? – The Motley Fool