Binance holds 91.57 trillion Shiba Inu tokens, ranks SHIB as one of the most watched cryptos of the year

Shiba Inu retained its position as a favorite among Ethereum network whales and trade volume climbed 93% over the 24-hour period between January 9 and 10.

Also read: Here’s what to expect from Shiba Inu price with spike in trade volume and the burn rate

Binance, considered one of the largest cryptocurrency exchange platforms in the world, holds nearly 16% of the circulating supply of Shiba Inu. The second-largest meme coin’s circulating supply is 589.36 trillion SHIB of which Binance’s four wallets hold 91.57 trillion, based on data from Etherscan.io.

The exchange is one of the largest holders of the Dogecoin-killer meme coin in the crypto ecosystem, while competitors like KuCoin hold 4.15 trillion tokens, Crypto.com holds upwards of 55 trillion and Gate.io holds 5.28 trillion SHIB.

Binance revealed Shiba Inu’s popularity among traders on its platform, ranking it third among the most watched cryptocurrencies throughout 2022. The first two most watched cryptos are the two largest assets in the ecosystem, Bitcoin and Ethereum. 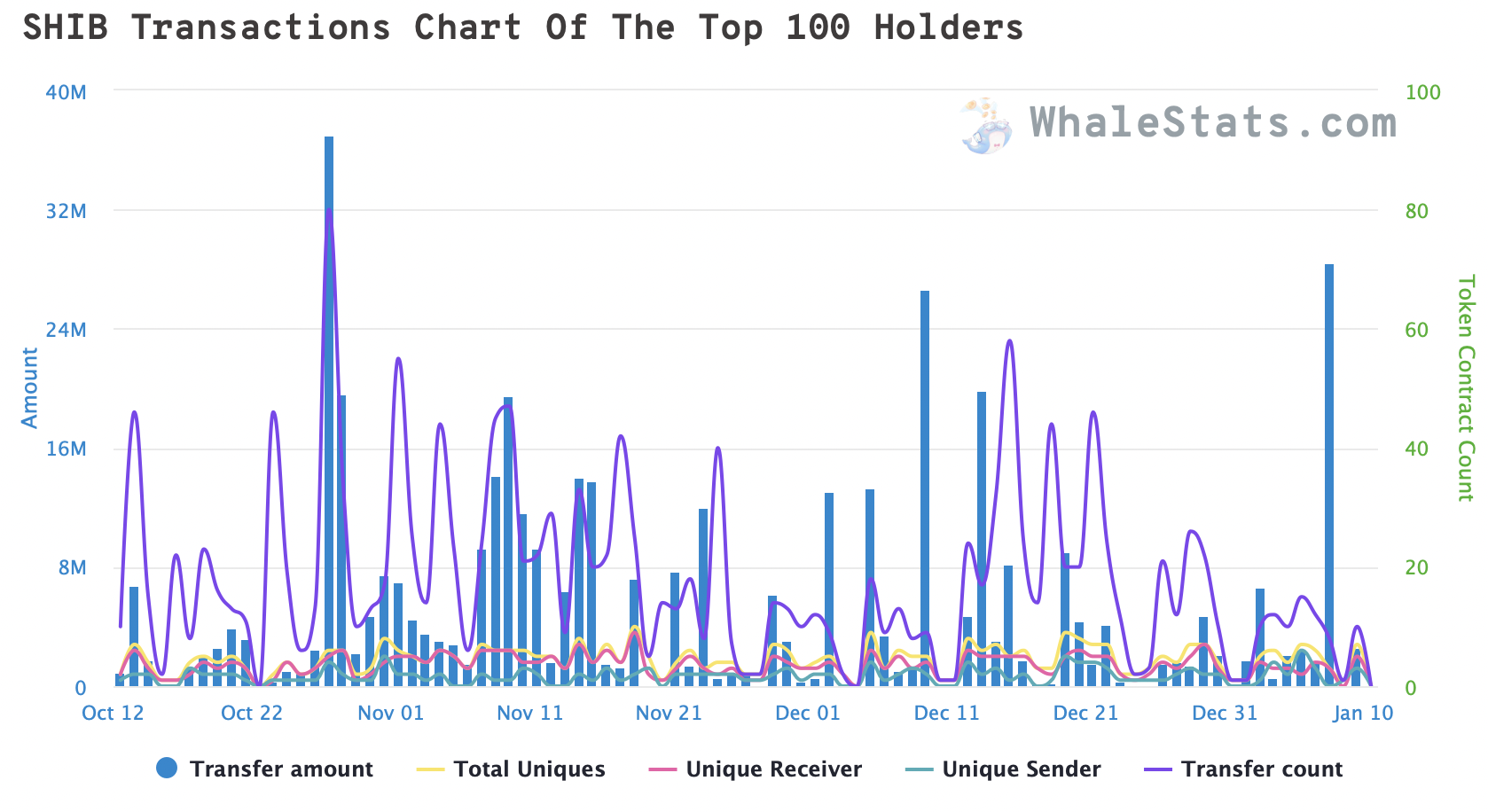 Based on data from coinmarketcap.com, Shiba Inu’s trade volume is up 93% as whales and retail investors increase their activity and scoop up more SHIB or transfer value across the Ethereum-based token’s network.

Whale activity is not typically a bullish signal for Shiba Inu, however a spike in trade volume and increasing large volume transfers on the SHIB network signal rising relevance and utility of the token among holders in the ecosystem.