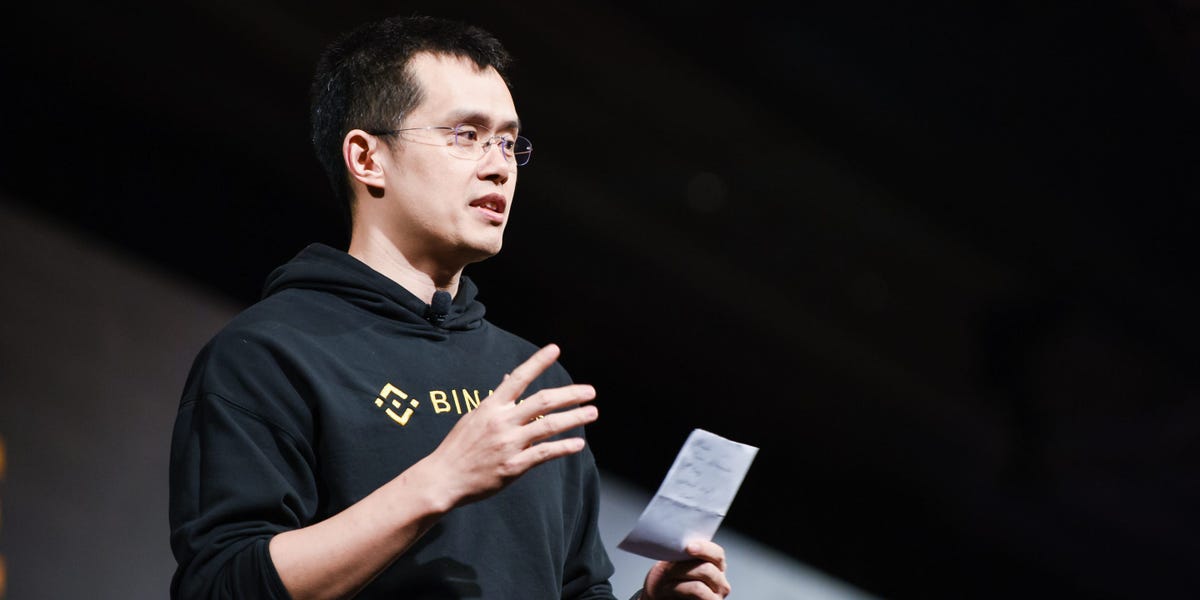 Thanks for signing up!

Access your favorite topics in a personalized feed while you’re on the go.

Binance chief executive Changpeng Zhao has accused Sam Bankman-Fried and his trading firm Alameda Research of trying to destabilize Tether, according to the New York Times.

Zhao reportedly texted Bankman-Fried on November 10 alleging that he’d used his crypto hedge fund to try to drive the token’s price lower than $1.

Tether is a stablecoin — a cryptocurrency that has its value pegged to a specific asset, in this case the US dollar.

Crypto traders use it as a place to park their cash in times of high volatility and to move funds between traditional finance and the digital asset market.

While the price of a Tether token is supposed to be fixed at $1, it’s slipped below that several times this year with a wave of high-profile bankruptcies including Bankman-Fried’s exchange FTX roiling crypto markets.

In May, it plunged as low as $0.9949 after the collapse of fellow stablecoin Terra and its sister token Luna.

US federal prosecutors are already investigating Bankman-Fried for manipulating the price of both of those cryptocurrencies, the New York Times reported Wednesday.

Having reached $1 again in July, Tether slipped away to fall to $0.9963 on November 10 as FTX’s bankruptcy sent ripples through the crypto sector.

Analysts have repeatedly warned that the stablecoin’s collapse would cause a wider crypto crash — and argued that Tether poses a systemic risk to the crypto sector.

The stablecoin issuer claims that its token is fully backed 1-to-1 by dollar reserves and cash equivalents, but it’s difficult to verify that because it does not publish regular audits.

“Tether’s stablecoin is helping to fuel the bitcoin bubble,” Sussex University finance professor Carol Alexander told Insider earlier this year. “If its dollar reserves prove to be candyfloss there will be a knock-on effect on bitcoin and other cryptos.”

Read more: FTX’s collapse could be crypto’s dot-com crash moment – with the industry struggling to ever regain investors’ trust