Altcoin Season 2022: Is This the Beginning of Big Gains for Alts? 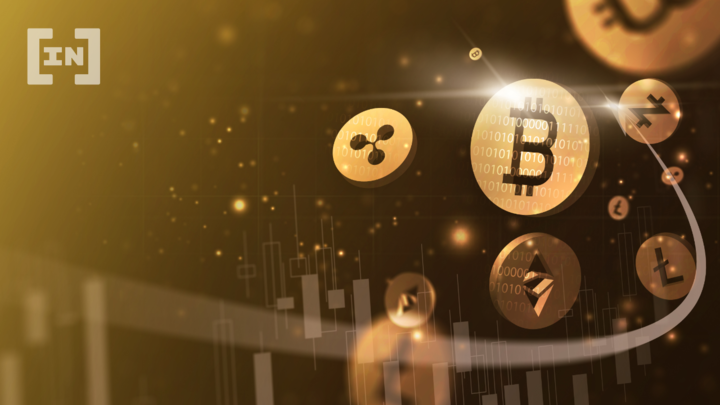 Altcoin enthusiasts have experienced a lot of suffering in 2022. Not only has the BTC price fallen drastically over the past 10 months, but the valuation of most altcoins against Bitcoin has also collapsed sharply.

Everyone is asking the question: When is the altcoin season 2022? In today’s analysis, BeInCrypto addresses this issue by looking at the chart of altcoin market capitalization, altcoin season indicators, and the valuation of ETH against BTC. As a result, it appears that perhaps the worst period for altcoins is over, and the market stands on the verge of a massive altcoin season in 2022.

If we look at the chart of the altcoin market capitalization (TOTAL2), we see that it has been generating only green candles for the past 6 weeks. This probably means that we are currently in the first wave of an upward impulse, which began with a bottom at $427.5 billion on June 18, 2022. So far, altcoin market capitalization has increased by almost 60%, reaching a peak of $693 billion.

However, prior to that, altcoins, like the BTC market, experienced a sharp decline from the all-time high (ATH) of $1.7 trillion on November 10, 2021. Since then, the altcoin index has fallen along a descending resistance line (blue) and has been repeatedly rejected by it (red circles).

Then, in March, TOTAL2 broke out of this line (green arrow), suggesting that the altcoin season 2022 had begun. The rise did not last long, however, as just three weeks later the index reached a local peak at $1.27 trillion and began an accelerated decline.

It led to reaching the aforementioned June low. This time the blue resistance line turned into support (R/S flip) and had already been validated twice. However, before that, there was a significant breakdown from the long-term support line, which had been in place since February 2021 (orange line and arrow).

Currently, the line is expected to act as resistance and is currently located at around $1.05 trillion. In addition, it is near the 0.5 Fib retracement level, measured for the entire drop from the ATH.

Cryptocurrency market analyst @StockmoneyL tweeted a 5-day chart of TOTAL2. He compares the fractals of the current altcoin market and the 2018-2021 period with each other. The analyst points out the analogous structure, which in the coming weeks could lead to large increases and a booming altcoin season in 2022. Interestingly, if the fractal were to repeat again, the nearest resistance would be around $1 trillion.

Altcoin season 2022 is already on!

The analysis of the altcoin market capitalization chart and the similarities with the previous cycle are not the only reasons behind the continuation of altcoin price increases. According to data from BlockchainCenter, the altcoin season 2022 has just begun.

Their daily updated altcoin season chart indicates that the index entered altcoin dominance territory in early August. As we read on their website:

“If 75% of the Top 50 coins performed better than Bitcoin over the last season (90 days) it is Altcoin Season.”

On August 10, the altcoin season index they created recorded a near-maximum value of 98. These levels have not been seen since the April-June 2021 period. Thus, if the index remains above the value of 75 for the next few weeks, we may experience a strong altcoin season 2022 in the near future.

In addition, the site posts an overview of the TOP 50 cryptocurrencies for the last 90 days and compares them with the change in Bitcoin’s price. It turns out that BTC lost -20.2% in the ongoing season, while most altcoins recorded increases or lost less.

Another indicator of a potential altcoin season in 2022 is the performance of Ethereum (ETH), which is the largest altcoin, against BTC. The technical analysis of Ethereum against the USD indicates that there has been a dynamic rise in the ETH price in recent weeks. In addition, it is possible that the RSI has made a breakout from the long-term resistance line and may continue to rise all the way to the $2100 level.

If we now look at the relation to BTC, the weekly chart provides an even more bullish perspective. ETH/BTC has been rising since the bottom at 0.05 BTC, which previously served as resistance. Validation of this area was a bullish signal that initiated the ongoing rise.

Currently, ETH is at 0.081 BTC, rising 66% from the aforementioned low. Moreover, this week’s large green candle led to a breakout above the resistance area at 0.075 BTC (red line), which had previously repeatedly rejected the price (blue arrows).

Technical indicators confirm the initiation of a bullish trend. The RSI has broken out both above the falling resistance line (blue) and the 50 level. Meanwhile, the MACD has recently made a bullish cross and is generating increasingly higher bars of upward momentum. All these developments are strong signals for continued upward momentum.

Cryptocurrency analyst @el_crypto_prof has drawn a monthly chart of ETH/BTC, in which he suggests that we are on the verge of a huge increase in Ethereum’s valuation against Bitcoin. He pointed out parallels in the fractals of historical upward waves, stating that today’s price action corresponds to the period of early 2017 (orange ellipses).

According to his prediction, ETH could see a 379% rise from the bottom in the coming months and reach 0.25 BTC. If this is indeed to be the case, Ethereum’s rise would be a powerful catalyst for altcoin season 2022.